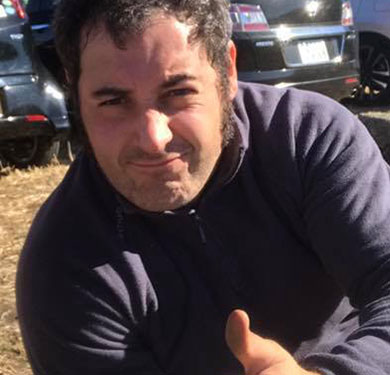 Legends have been made across Japanese Rugby fields this year and the Tokyo Gaijin RFC honored some of them on Saturday night in downtown Tokyo.  Fijian centre Apisai Bati won the Most Valuable Player of 2007 award at the the Tokyo Gaijin RFC`s Christmas party on Saturday night. Bati collected the prestigious annual award ahead of team mates Paulo de Berriozabal, Joe Fisher and Alaister Nimmo. The MVP award is a true 'players' player' award, with all Tokyo Gaijin players throughout the year eligible to vote annually on a 2-1 basis for their choice as MVP and Runner Up. Each player is asked to vote for a fellow player who they believed excelled on the field in 2007 in areas of performance, consistency and discipline. This award was a clear reflection of Bati`s standing among his peers, both on and off the field. Apart from being a senior and well-respected player within the team, he is a consistent and unrelenting player. He also finished the season as the top try-scorer.

Paulo de Berriozabal tipped out 2004 MVP recipient Joe Fisher for the Runner-up MVP Award. The feisty Basque No.8 and sometime flanker managed to keep his aggression under control for most of the year and played a key role in driving the forwards around the park and often tackled him-self to a standstill. He played his rugby this year aggressively and with a ‘take-no-prisoners’ attitude. Paulo took out the Man-of-the-Match award three games in a row during the Shuto League season.

Joe Fisher narrowly missed another accolade, despite missing almost half the year due to other commitments. Fisher is one of the team`s most respected players and has this year reinforced his position among the team`s leaders. His consistent performances throughout 2007, coupled with his often unheralded work planning comprehensive training sessions make him a very valuable member of the team. On occasion he filled in as Captain but led the team from the front whether he had the (c) next to his name or not.

Hitoshi Chihara was awarded the Newcomer of the Year (Rookie) Award. Hitoshi is an outstanding player who has had a tremendous impact in his first season with the TGRFC.