Tambo rugby was back after 2 years break and Gaijins couldn’t miss this fantastic tournament.

Due the amount of teammates interested on Tambo rugby, we registered 2 teams, Bench Warmers (red) and Chicken Legs (yellow). Members of each team were decided on Saturday night while having a BBQ by picking shortest chopsticks. 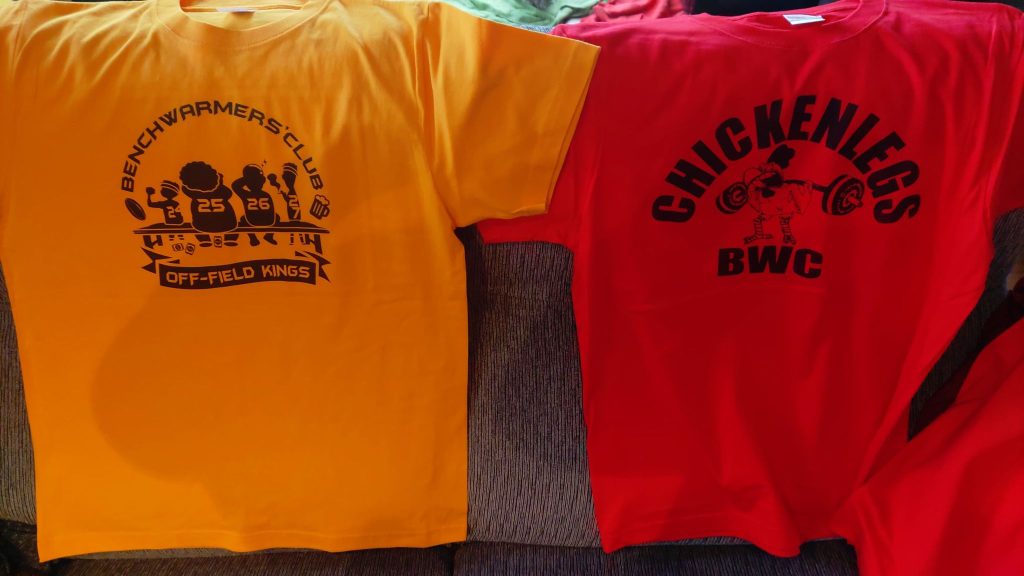 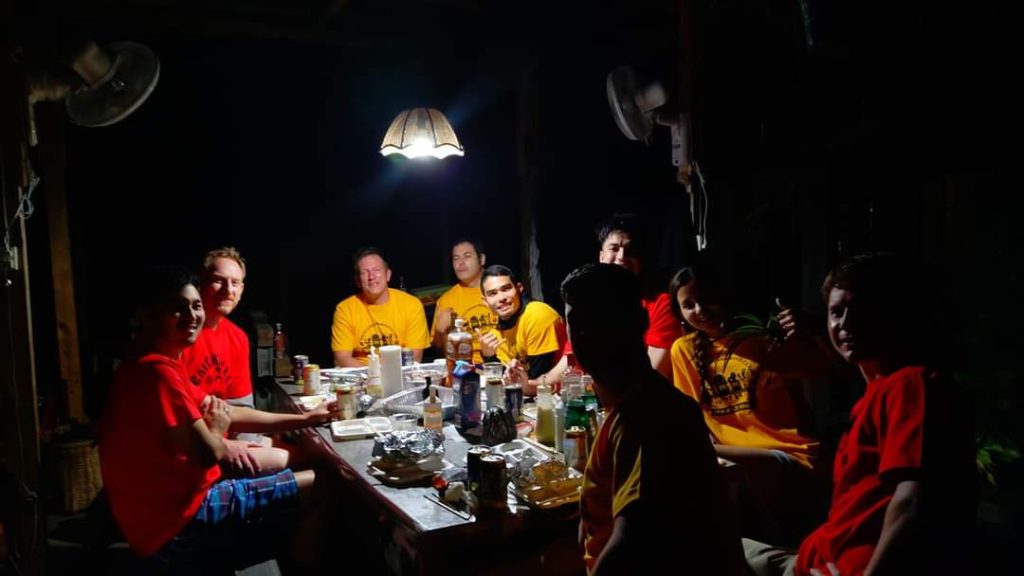 Sunday woke up sunny and peacefully, perfect weather for Tambo rugby. The squad moved from the AirBnB to the venue by train and taxi arriving with plenty of time to get ready for the opening ceremony. Just one member was late adding another black mark to his career on Tokyo Gaijins. David McElhinney, whom has such a natural ability to be late, arrived around noon after bothering whole team asking about directions and transportation options. We also were honored by the attendance of our beloved Louie Hamilton whom moved to Osaka surroundings couple of years ago. 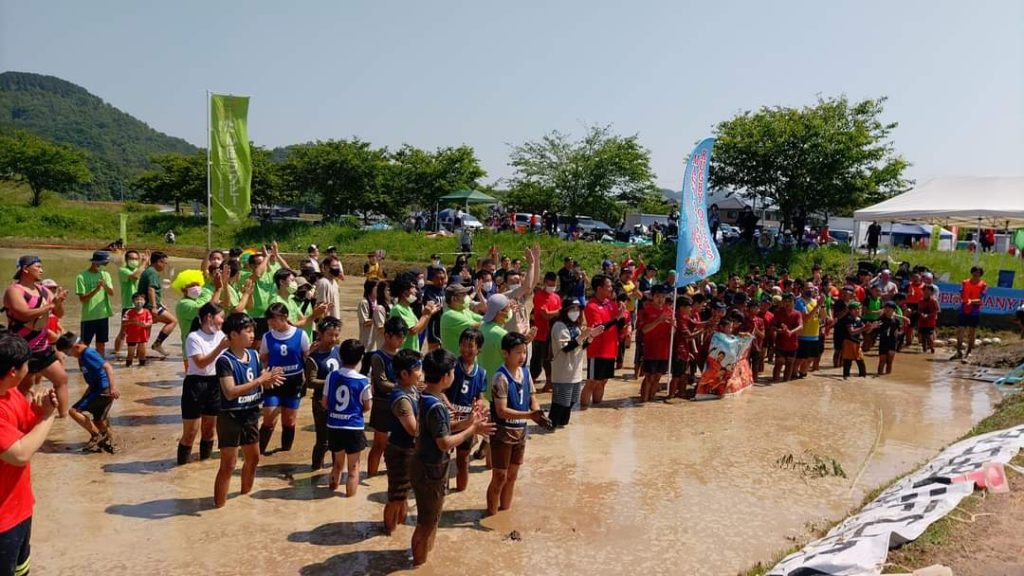 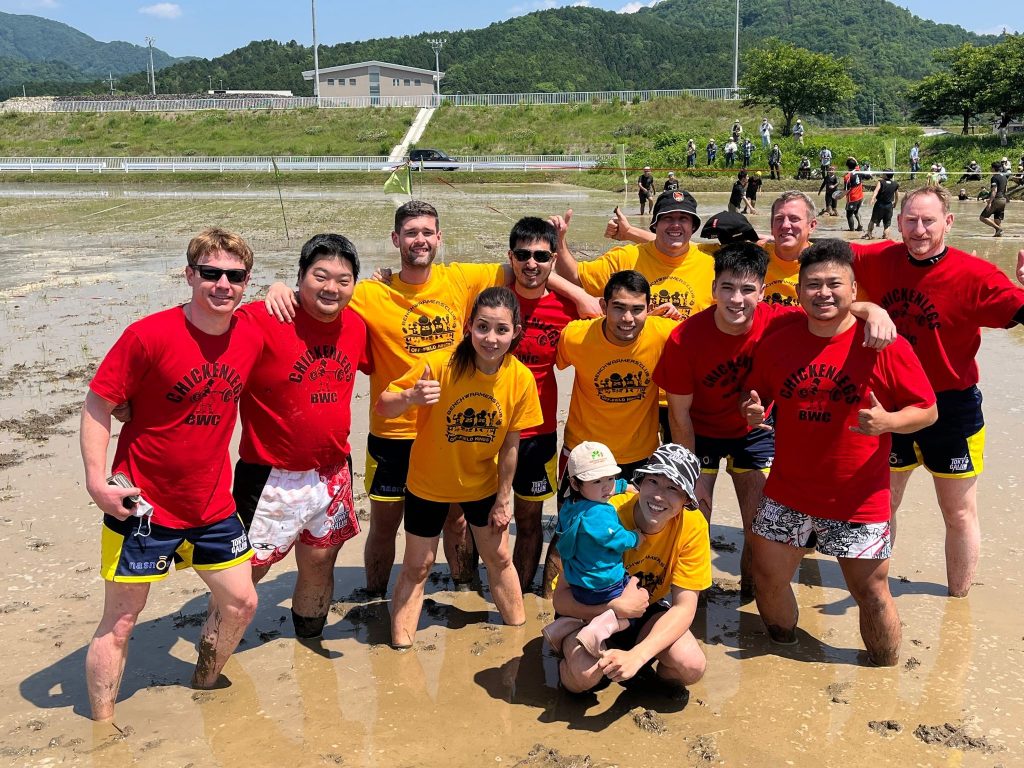 We requested to Tambo rugby management to allow us to play full contact game and they agreed with a smile. What would be the best match for Tambo Rugby final happened on semifinals.

Semifinal #1 was the funniest game ever, every each of us enjoyed every single second of that game. The joy wasn’t just for us, everyone watching the game had lot of laughs watching our amazing rugby skills.

Chicken Legs started scoring first try and fought bravely but the Bench Warmers were unstoppable and raised with the victory heading to the final.

Here are some short videos of the epic battle.

At the final, Bench Warmers were facing Nantan Hospital, the team who defeated them on pool stage. Since previous game between these two teams was quite controversial the organizer of the event (Nagate san) decided to referee the game. Nagate san explained the rules to both teams to be sure we all knew official Tambo rugby rules and avoid any misunderstanding or wrong calls during the game. Being aware of the official rules and having a sharp-fair referee, the match was something totally different of what happened couple of hours before. Nantan Hospital had some good runs and could keep tight in defense at the beginning of the game but Bench Warmers dominated them after couple of minutes and got comfortable victory becoming the winners of 2022 Tambo Rugby tournament. 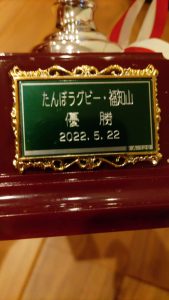 We also got two teammates awarded due their great rugby skills:

Once tournament finished and closing ceremony concluded, most of the Gaijins moved to Osaka to enjoy Kansai night lead by the local host Damien Naughton.

Also, our teammate Teppei Yamada, whom moved to Osaka recently, stopped by to say Hello! and enjoy some beverages. 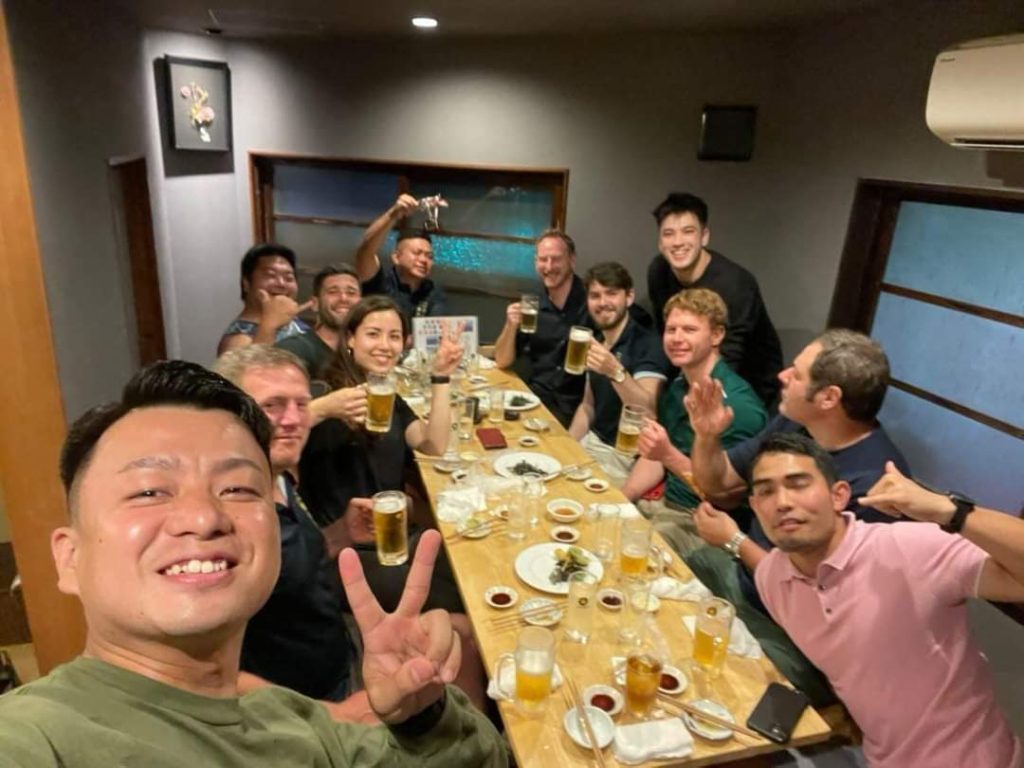 SEE YOU ALL AGAIN NEXT YEAR! 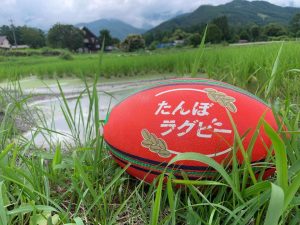 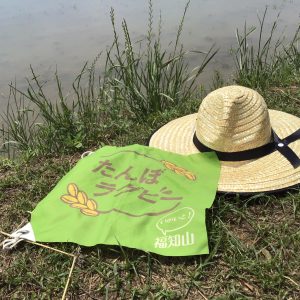