The Gaijin Are Back in 2021 – Annual General Meeting

The Boys are Back! Friendly vs Meiji Ikuta Inspire 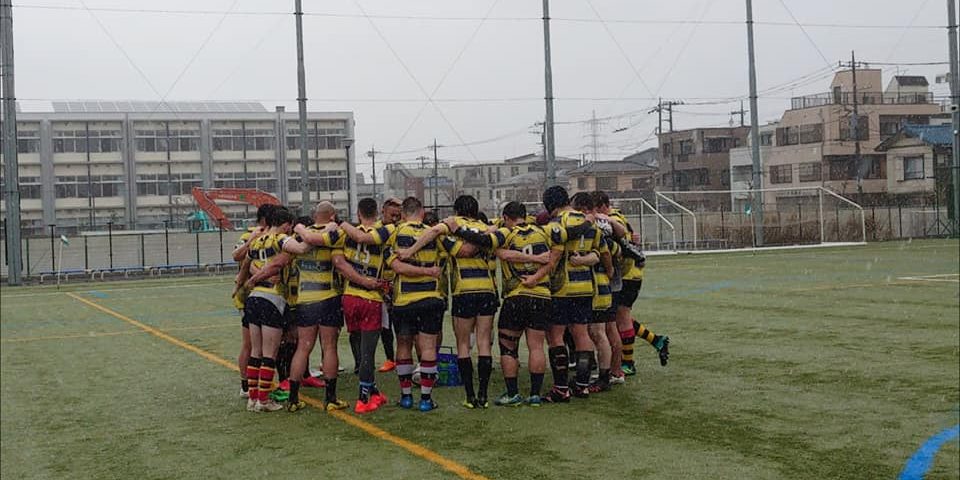 With the Katsushika League outright cancelled, the Tokyo Gaijin were glad to get back to winning ways on home turf after a successful tour to Okinawa at the beginning of March. The Gaijin’s opposition were a young university side, Meiji Ikuta Inspire, who were celebrating their graduation from school with a match against and much bigger and physically imposing Tokyo Gaijin outfit.

It was a largely dominant Gaijin performance against the dogged, if a little underwhelming, opposition. The tiredness in the Meiji legs certainly showed in the final quarter of the game, as the Gaijin rung the changes, and switched to a brand of champagne, jouer jouer jouer rugby which was in no way congruent with the slicing wind and rain conditions. Mistakes abounded, but the tries piled up nonetheless.

The final score of 44 – 5 was, however, payoff for a good start to the year in training with big numbers showing up to the Yanokuchi Sand Bowl every Sunday – rain or shine, vicious hangovers or no. The one-sided nature of the match also allowed everyone to get a solid chunk of game time under their belts – which will be telling when more competitive fixtures arise – while more than a few faces, new and old, got their names on the scoresheet.

Next up is Sophia University in the depths of Kanagawa. Another young, but by all accounts bigger and more competitive, side. The Gaijin will be hoping that experience reigns supreme. 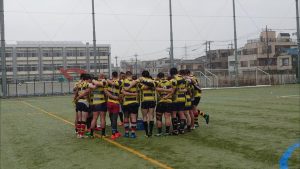 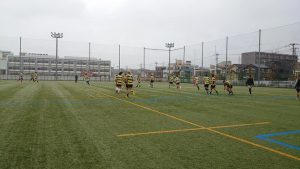 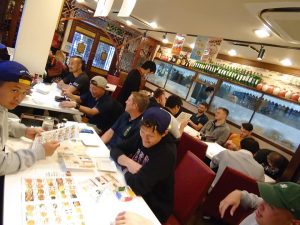